The calculus of one’s own contribution to a warming climate

Citizens of developed countries are increasingly aware of correlations between our lifestyles and the climate crisis: witness the phenomenon of flygskam or “flying shame.” Borrowing a groundbreaking scientific formula from climate scientists Notz & Stroeve* Australian filmmaker-artist Adam Sébire calculates and saws off the exact amount of Arctic sea-ice (15.69m²) that will be destroyed by his carbon emissions flying economy return, from Sydney to Greenland, to film it (5.23 tonnes of CO₂e). The full equation, written on the ice, is: ΔAseaice = dFnonSW,in / dECO₂ x ΔECO₂

It states that the area of sea-ice lost equals a constant — derived from research into energy flux at the ice edge — of 3.0 ± 0.3 square meters per metric tonne of carbon dioxide emitted, multiplied by the sum of emissions).

Inserting the artist’s own 5.23 tonnes of CO₂ into the equation, this works out at 15.69 ± 1.57 m² of sea-ice that will not regenerate naturally in northwest Greenland come winter. With less sea-ice to reflect sunlight back into space the oceans absorb more heat, contributing to even faster warming of the Arctic.

Adrift (∆Asea-ice) touches upon the science of Climate Change Event Attribution. Climate attribution scientists look for the “fingerprints” of anthropogenic global warming on an occurrence, such as the collapse of an ice shelf or extreme bushfires. A relatively new field, it deals in probabilities. A direct correlation is often problematic; this formula is one of the first to draw us closer, bringing together two tangible events (burning carbon and the decline of sea-ice).

With its quasi-mythological imagery of a man floating into the distance atop an iceberg, it brings into focus the consequences of a Western way of life. With its video triptych form Adrift explores perceptual disconnects — of cause from effect; of invisible emissions here & now from melting there & then — that underly our psychological responses to global warming. Disconnects that have perhaps kept the problem comfortably abstract for us — until now.

The work’s soundtrack comprises æolian sounds from an empty water tank at the artist’s residence at Upernavik Museum northwest Greenland that ‘sang’ when it was windy. It was made with the help of Upernavik Commune Greenland and Dr. Dirk Notz at the Max Planck Institute. It’s since been seen in exhibitions from Svalbard to Adelaide. 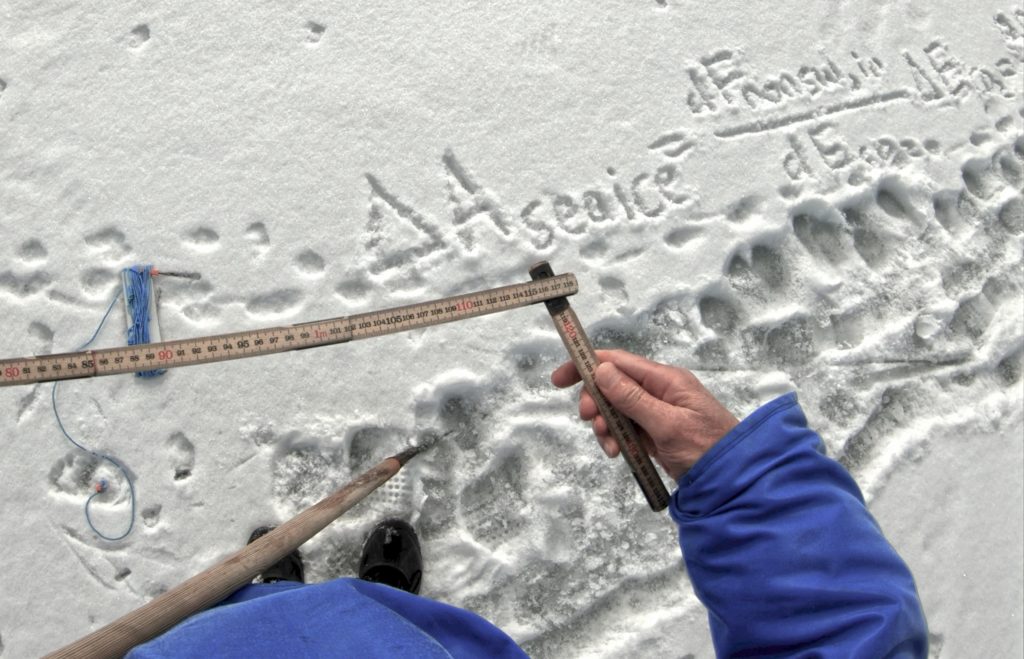 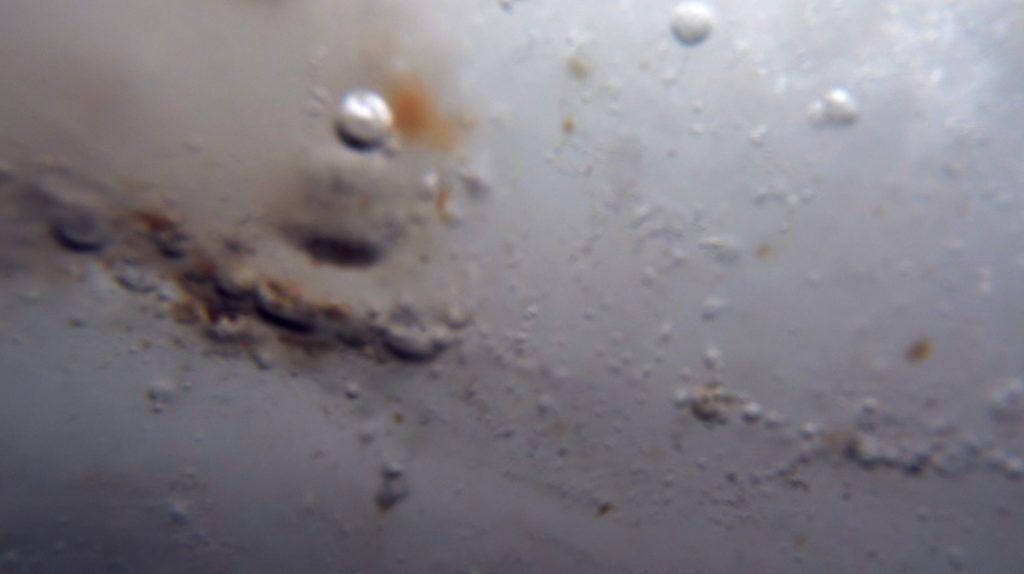 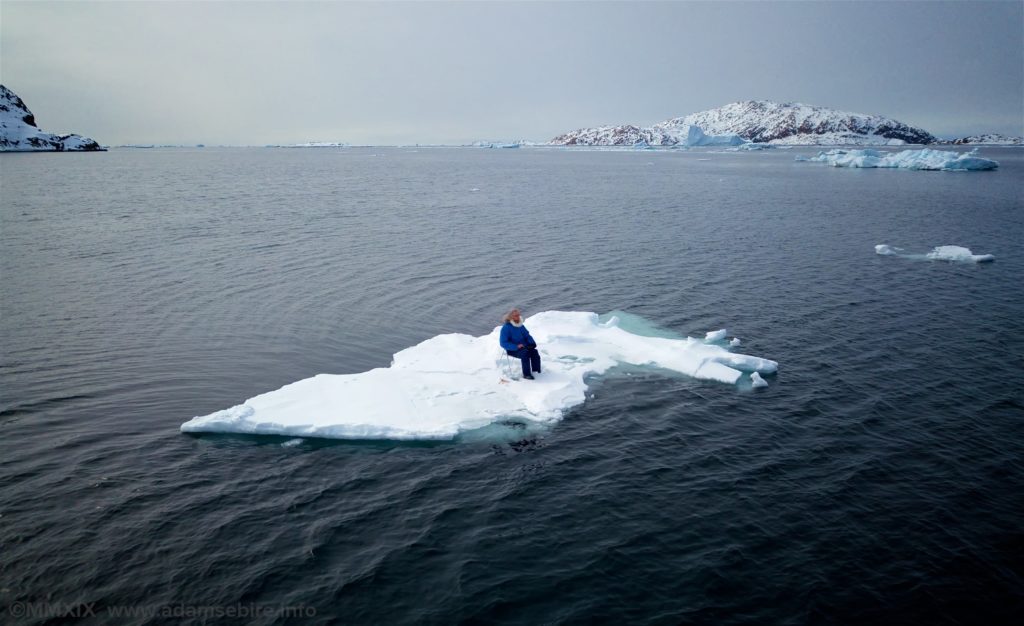 Adam Sébire studied documentary filmmaking at the national film schools of Australia & Cuba before making dozens of programs for the Australian public broadcasters ABC & SBS. His experiences while filming on the Pacific island nation of Tuvalu in 2003, only 2 meters above the rising waters of the Pacific, turned his focus towards climate change. Adam is completing a Ph.D. in the visual representation of climate change. During 2020-21, Adam is marooned in the Arctic, unable to return to Australia due to Covid-19 border closures.

An article about the work, “Adrift: Attribution & Responsibility in a Changing Climate” has been published in Flugschriften pp.27-38.